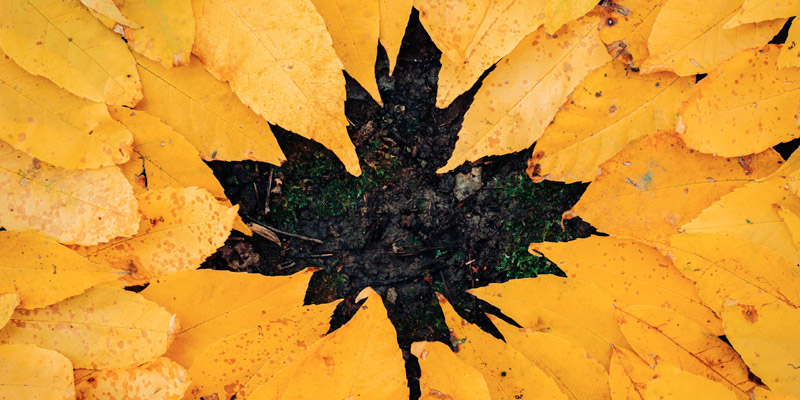 The global economy continued to grapple with multiple headwinds, an increasing likelihood of recession and escalating market volatility on account of growing economic uncertainty.  Investors and policy makers were particularly concerned with the persistently higher than expected levels of inflation prompting central banks to deliver on their promise of more aggressive rate hikes to restrain elevated price levels.  Other risks over the quarter included the increasingly entrenched conflict in Ukraine, which has careened Europe towards an energy crisis, furthering economic instability in the region and beyond.  Also of note was China’s slowing economy on account of Covid related lock downs, and the potential to exacerbate issues within its debt ladened real estate market.  Finally, elevated risks induced a ‘flight to quality’ causing the US dollar to surge, adding uncertainty to global trade flows, company earnings and commodity and emerging debt markets commonly priced in US dollars.

Over the summer, after the US posted two subsequent quarters of negative GDP growth ‘bad news became good news’, as investors hoped this signaled an end to the current rate tightening cycle.  This prompted a relief rally in equity markets with the S&P 500 up 13.7% from June 30 to August 15.  Optimism was however dashed when the Fed at the Jackson Hole symposium reaffirmed their singular focus on reducing inflation at any cost (read: negative GDP growth, weakening labor market and housing market corrections) and telegraphed additional rate hikes.  As Q3 closed out, all gains on the quarter had been erased, with stocks finishing at November 2020 levels, while the yield on the benchmark 10-year U.S. Treasury note briefly breached 4% for the first time since 2008.

Economic data confounded both investors and economists, as the job market continued to be resilient and inflation elevated, while economic growth and consumer sentiment decelerated.  In the face of central bankers’ steely resolve and the prospect of continued interest rate hikes, inflation across developed countries has yet to relent.  In the U.S., August’s PCE (personal consumption expenditures) price index, a preferred inflation gauge of the Fed, rose to 4.9%, up from 4.7% in July.  In Canada, inflation also continued to be sticky, with the latest CPI dropping from 8.1% to 7.6% year-over-year, but when excluding gasoline from the index, prices actually accelerated, especially in the realm of services.

Like so many other central banks in developed economies, the Bank of Canada opted to hike rates another whopping 75bps

at September’s meeting, on the back of a historic full percentage point earlier in the quarter, for a cumulative increase of 3 percentage points since March.  Central banks’ shifting to more aggressive policy when policy can already be deemed aggressive, is leading to increased fears that a policy misstep will perversely impact the wider economy, especially when considering the lagged nature of monetary policy.

After a strong initial rebound, global equity markets reversed course and finished down on the quarter.  The early rally was driven by resilient corporate earnings and signs of a possible peak in inflation.

S&P 500 earnings for Q2 rose by 6.7% year-on-year, with over 75% of S&P 500 companies beating earnings expectations despite high inflation and lingering supply chain issues.  Trends in inflation seemed to be cooperating as CPI in the US fell from its largest increase in 40 years of 9.1% in June, to 8.5% in July.  Investors hoped that the worst of the rapid price gains had passed, and the central banks would be able to pivot towards cutting rates early in 2023.

However, as the summer months concluded, inflation began to move higher with CPI in the Eurozone hitting double digits for the first time ever.  On a global scale, about 90% of countries faced headline inflation above 6% on a year-over year basis.  To try to stave off multi-decade high inflation, the majority of central banks in developed economies hiked rates at a pace and scale not seen in two decades, while also signaling further increases ahead.

The result was a precipitous decline in equities during the month of September, with the S&P 500 experiencing its worst monthly loss since the onset of the pandemic down -9.3% (USD), to finish the quarter off -5.3% (USD).  The S&P TSX also moved lower on the month, off -4.6%, performing relatively better on the quarter down -2.2%.  The MSCI All Country World Index, similar to the US was down -5.3% (USD) in Q3.

There were few bright spots on the quarter, with declines being observed across most sectors.  On the S&P 500, Energy and Consumer Discretionary were the only sectors to finish positively.  Positive Consumer Discretionary performance could be attributed to strong consumer spending and low unemployment, while Energy benefited from solid earnings and continued strength in natural gas prices.  Energy remains the only sector with a positive year to date performance.

High inflation, falling unemployment and the increasingly hawkish stance of central banks continued to push bond yields higher across the curve.  However, bonds rallied into the quarter-end as rising growth concerns begin to set in, slightly curtailing the quarter’s negative returns.

The FTSE Canadian Overall Universe Bond Index finished down 5.7% on the quarter as central banks in the developed world began to aggressively hike rates in response to higher-than-expected inflation.  The 10-year bond in Canada experienced another relatively big move, increasing 82.4 bps on the quarter to finish at 3.23%, while the U.S. 10-year increased 64.9 bps to finish at 2.97%.  Both yields have effectively doubled year-to-date.

The spike in interest rates has been understandably disruptive, as the cost of borrowing is a defining factor in our modern economy.  There has been considerable repricing in mortgage rates, which have nearly doubled since the outset of the year.  The Bank of Canada’s 2022 Financial System Review published in June stated that the typical mortgage payment could be 30% higher in 5 years’ time, which should begin to impact the housing sector in short order and contribute to the slowing of the economy.

Corporate bonds underperformed government bonds as spreads widened markedly and concerns over the economic outlook grew.  The BofA Global Broad Market Corporate Index experienced a decline of -8.5% (USD), while BofA Global High Yield Index declined -11.4% (USD).  High yield credit was hit particularly hard as the spread expansion drove the average yield in the US market to 7.53% over the quarter, up 131bps from Q1 after little change over the past year.

In the latter half of 2022 pricing pressures will be the key focus for bondholders, given that central banks are committed to tightening policy aggressively.  However, on a positive note, the move in government bond rates and widening credit spreads has led to some of the most attractive bond yields in recent history, thus making bonds a more investable asset class.

There was no shortage of volatility in fixed income markets in the third quarter as central banks aggressively pushed short rates higher to quell the highest levels of inflation observed in over a generation, which resulted in the inversion of the yield curve.

After a respite in the first half of the quarter, bond yields reversed course and moved higher, as Chairman Powell at the Jackson Hole symposium reaffirmed the Fed’s commitment to bring price levels back into line with their long-term mandate (2%).  Soon thereafter, like the Federal Reserve, the Bank of Canada and European Central Bank all raised interest rates by 75bps in September, making short term rates at the front of the curve particularly susceptible.  In Canada, yields on 2-year bonds moved 79bps higher to 3.8%, while in the US 2-year Treasuries increased 128bps to 4.21%.

The aggressive move in short rates caused the yield curve to move firmly into inverted territory.  In Canada, the 10-year bond yield on government bonds finished the quarter at 3.16%, while in the US, the 10-year Treasury bond finished at 3.83%.  An inverted yield curve, though not infallible, has proved itself to be a reasonable indicator of a recession within a 12-month period. Amid fears of tighter monetary policy and its potential to further undermine economic growth prospects, investment grade corporate bonds underperformed, and credit spreads moved wider across global markets (credit spread is the difference in yield between bonds of a similar maturity, but different credit quality) causing additional pain to investors.

Bonds have not been the ballast to investor portfolios in 2022 and are on pace for the worst calendar return on record.  The benchmark core U.S. Aggregate Bond Index is down -14.6% year to date, moving down on the quarter another -4.3%.  In Canada, the FTSE Canada Bond Universe has performed better, down ‘only’ -12.2% year to date, while finishing the quarter somewhat flat at 0.5%. On a more positive note, the move in bond rates has led to attractive bond yields making bonds a more investable asset class. 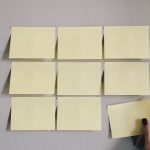 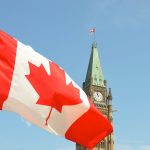 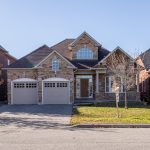 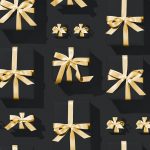