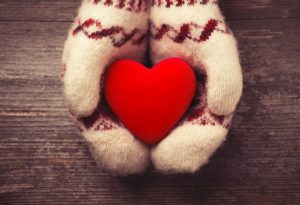 Donating to charity brings a double benefit: you help a worthy cause – and you pay less income tax. The year is nearly over, but there’s still time to donate to a registered charity and receive a tax credit to reduce your 2016 taxes. What’s more, the credit is even more powerful for those in the new top federal income bracket.

It’s worth it to act quickly. Assuming you have already made a donation of $200 in the year and are at or above the top tax bracket in Ontario, an additional $1,000 donation will result in tax savings of about $500 (taking into account both the tax credit and Ontario surtax).   The tax savings is even more for high income earners in Quebec.  The tax credit for charitable donations is calculated on your income tax return. For federal tax purposes, the first $200 of donation qualifies for a 15% credit, and amounts above that bring in an additional 29% to 33% credit depending on your income. Each province also offers a donation credit. You can claim donations totalling up to 75% of your net income – and in some cases even more.

The bigger your total donation for the year, the greater the value of the tax credit. In many cases, it makes sense to combine donations made by both you and your spouse on the higher income earners tax return. As well, you are allowed to carry forward donations not otherwise used as a credit in any of the next five years. The trick is to ensure you take advantage of the higher credit available on total donations in excess of $200 in any one year.

Be sure that the charity of your choice is registered with the CRA (type in the charity’s name at http://www.cra-arc.gc.ca/chrts-gvng/lstngs/menu-eng.html).  Only donations to registered charities qualify for a credit. Note that donations made to a U.S.-based charity – such as your local PBS television station – will only qualify for the credit to the extent you have income from a U.S. source.

The simplest way to gain a credit is to make a cash donation to your college alma mater, local hospital or other favourite charity. They issue you a receipt, sometimes right away via email, and you claim the amount on your 2016 income tax return. But there are a number of other ways to make qualifying donations, some of which can bring additional tax savings.

You can make donations in kind, including:

There are other ways to be generous in the future. Why not spend time this holiday season with family members to discuss setting up a donor-advised fund or a private foundation? This typically is endowed through a one-time gift.

December 31st is almost here.  And although there are many ways to give, despite available tax breaks, in the end it still costs to give. By understanding your available options and in more complex situations by speaking with your advisor, giving can be more affordable, which not only feels good, it helps support the organizations and people who depend on the charities. 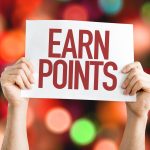 Over a year has passed since the pandemic-induced volatility that led financial ... 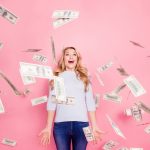 Expecting a Liquidity Event? Here are Five Steps You Can Take To Optimize Your Financial Resources

Five Steps to Optimize your Financial Resources before a Liquidity Event A liqui... 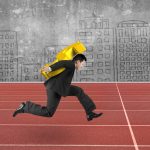 How to reach your financial finish line!