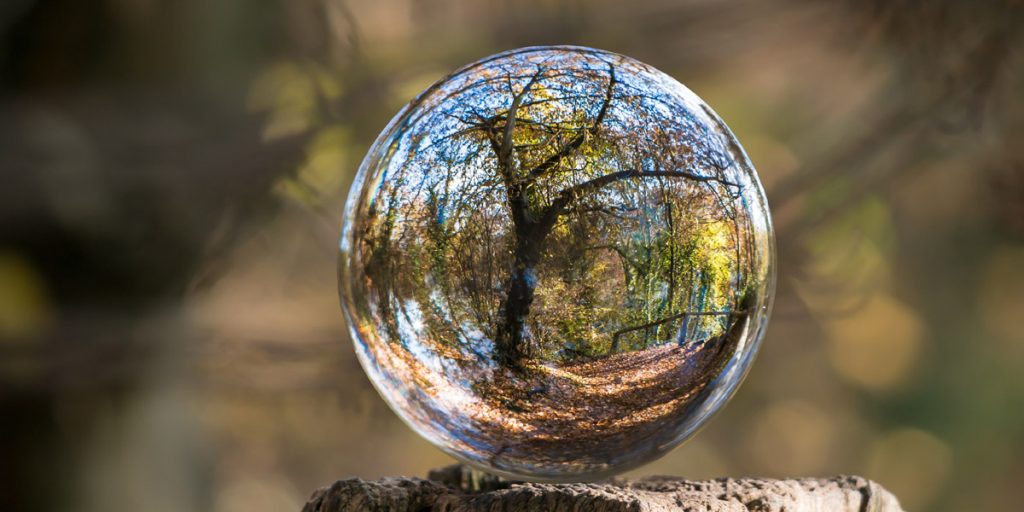 Financial markets surged ahead this past year, with the majority of assets reaching double-digit return territory. The Federal Reserve’s early 2019 pivot to reduce interest rates served as a catalyst to drive the gains. Receding recession fears continued stoking the demand for risk assets, as well as pushing valuations to record highs. Nowhere was this trend more evident than in the last three months of the year.

Global economic data points remained reasonably constructive last quarter, with an overall impression that the economy is stabilizing, or even rising. Nevertheless, economic growth has been muted for some time now. Expansion in the U.S. remained moderate, and continued to be fueled by consumer spending. The world’s second largest economy, China, also remained on an upward trajectory, yet at a rate that has not been this sluggish since the 1990s. Meanwhile, despite having been Europe’s economic engine for decades, export-dependent Germany has been teetering on the brink of recession. We anticipate that central banks will continue stimulating the economy in 2020, which would support global economic growth, yet the pace will likely be slow in comparison to historical standards.

After over a year of negotiating, the U.S. and China provisionally agreed to a “phase one” trade deal last quarter. President Trump hit the breaks on new tariffs, as well as reduced the tariff rate on several technology goods. In return, China agreed to certain U.S. intellectual property protections, as well as to purchase several billion dollars in agricultural goods. This was welcome news for the economy and stock market, as it removed some downside risks.

While the “phase one” trade deal deescalates the threat of further tariffs, it certainly does not signify the end of the Sino-U.S. trade war. Both nations are still free to utilize other legal and political tools that could restrict economic activity. We believe the decoupling relationship will evolve over the coming quarters and years, with the focus moving away from trade and tariffs, to a wider range of themes such as technological leadership and industrial policy.

We continue to see no indication of a recession over the next year. Although the bull market has now entered its second decade, age alone does not dictate the end of a cycle. We think the economy will grow slowly in 2020, and have begun to question whether markets may have already priced in a healthier landscape than anticipated.

2019 was a big year for the bond market. Treasury yields, which have an inverse relationship with bond prices, have spent most of 2019 in a downward trajectory. This was driven by a wave of central bank policy easing both domestically and around the globe, most notably at the U.S. Federal Reserve, European Central Bank, and Bank of Japan. For investors who considered bonds rather boring, the one-year returns this asset class contributed to their portfolios may have altered their views. While performance was more muted in the last three months of 2019, annual returns have been rather exceptional for an asset class that is primarily meant to provide downside protection.

During the quarter, the U.S. Federal Reserve lowered interest rates by 25 bps, its third reduction in 2019. Moving forward, the central bank has signaled it intends to keep rates steady. The Bank of Canada appears to be following suit, after opting to hold policy rates at 1.75% for all of 2019. In fact, the Bank’s December announcement was marginally more positive compared to October, highlighting stronger-than-anticipated Canadian business investment. What a difference twelve months can make. About a year ago, central banks were on a persistent path of rate hiking. Today, their goal is to insulate the economy from current risks and thereby prolong the current expansion.

A favourable interest rate environment, combined with the planned signing of a “phase one” trade deal, prompted an increase in risk appetite last quarter as recessionary fears began to fade. Consequently, many fixed income investors sold the positions they had flocked into for safety in early 2019. While the Canadian bond market returned -1% over the fourth quarter, it posted a gain of 7% for the year. Long-term bonds underperformed their short-term counterparts over the last three months of 2019 (-2% vs. 0.1%), however they considerably outperformed on an annual basis (13% vs. 6%).

It is unlikely that we will see a similar year of bond returns in 2020. Given historically low interest rate levels as well as current fixed income market risks, we continue to believe that active management is more important than ever in both adding value and preserving capital. Active managers are better positioned to identify and access attractive investment opportunities, including non-traditional fixed income strategies, as well as to avoid unduly high-risk sectors of the market.

Stocks were once again the clear winner for the year (and decade), rewarding equity market investors for tolerating the volatility that came with numerous geopolitical and economic tensions of 2019. Contrary to the tumultuous final month of 2018, a positive trend continued in full force this past December. Almost every major equity market closed the year in double-digit return territory.

The fourth quarter’s market-wide climb was fueled by discounted recessionary fears as well as a global shift towards lower interest rates. At this point, stocks appear priced for strong economic and earnings growth, as well as positive developments on the trade front. We support the market’s assessment that recession risks are small, and that corporate earnings as well as economic activity could expand modestly over the coming months. However we continue to be careful as sentiment and current valuations may have gotten somewhat ahead of economic fundamentals.

Canadian stocks continued to be a top performer last quarter and year, returning 3% and 23% over both periods. South of the border, U.S. equities performed even better, displaying gains of 7% and 25% over the same time periods. International equities have been posting similarly upbeat performances, with EAFE (Europe, Australia, Far East) and Emerging Markets appreciating 6% and 10% for the quarter, as well as 17% and 13% on an annual basis.  (All returns in CAD.)

While the likehood of stock markets repeating their 2019 performance is low, there are several reasons for equity investors to be cautiously optimistic. Most notable is the accomodative stance of central banks. Improved visibility on the direction of interest rates, combined with the deeascalation of trade tensions, should support stocks in 2020. Nevertheless, the positive tone is offset by concerns that have risen from the current bull market entering its second decade. Furthermore, the strong performance of equity markets in recent months has been fueled by P/E expansion rather than corporate earnings growth. We will need increased corporate profits to justify current equity valuations.

Similar to our expectations for economic growth, we believe equity markets will offer positive but muted performance in 2020

While we anticipate some added volatility in 2020 and may see some periods of back up in prices, we continue to believe that the penalty for prematurely exiting equities is high and that modestly positive returns in risk assets are not over for the cycle, despite being in its latter stages.

There were no material changes to the positioning of our portfolios in the fourth quarter of 2019. For our clients with adequate investment horizons, we continue to believe that long-term return prospects favour equities over fixed income and cash securities. For our clients with shorter horizons and/or liquidity needs, we continue to emphasize a balanced portfolio with sufficient fixed income and cash allocations. We are also extremely vigilant of the current market risks at this late stage of the cycle. As such, our portfolios are set increasingly in favour of holding investments with superior quality and valuation characteristics. Finally, we continue to selectively seek out non-traditional investments that have low correlations to public bond and equity markets to enhance the risk-adjusted returns for our client portfolios. 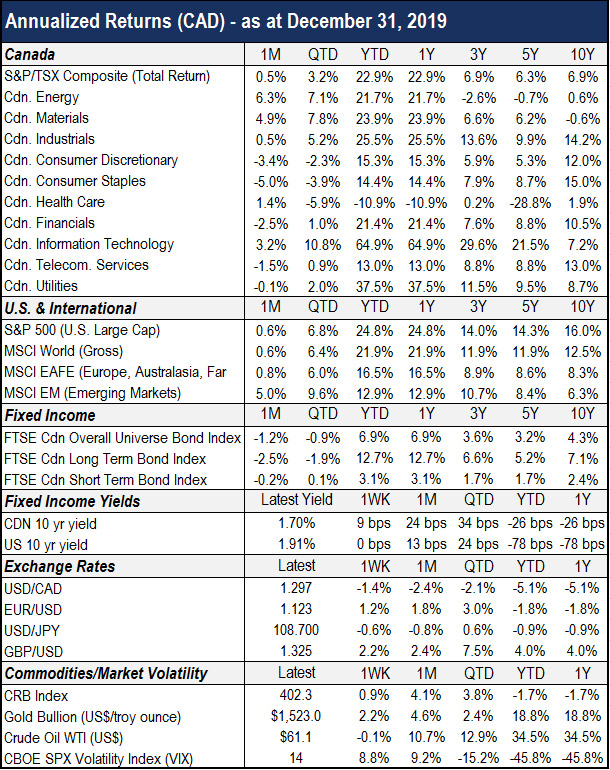