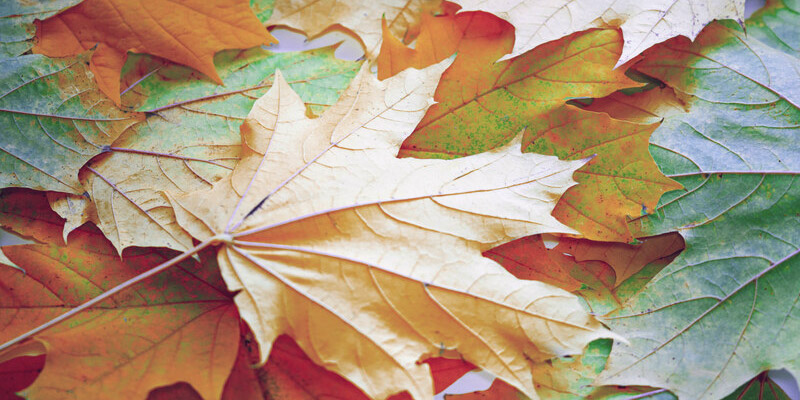 Increased market volatility in the final weeks of September defined a relatively sanguine quarter for capital markets.  The contours of the pandemic continued to reveal that the path of the economic recovery to a post-COVID world will not be without its challenges.  Prior to the increase in volatility, markets continued to make new all-time highs as investors initially looked past a resurgence of COVID-19 cases, choosing instead to focus on improving economic metrics, ongoing fiscal and monetary accommodations and robust corporate earnings.

The quarter began with stronger than expected Q2 earnings, as company management continued to successfully navigate through the pandemic.  The margin compression initially anticipated by analysts on account of higher costs either failed to materialize or was deemed ‘transient’.  Robust government assistance and accommodative central banks, in conjunction with a positively trending economic backdrop as well as availability of sufficient measures to manage the health risks related to the pandemic, endowed capital markets with a positive outlook.

However, as the summer months concluded, so did consensus as to the nature and timing of the economic recovery.   The Delta wave forced governments to reconsider restrictive measures, prolonging the disruption to global supply chains, a continued slowdown in hirings and reduction in consumer spending reduced income and continued to push wages and costs higher.  Economic growth across developed economies was revised down, and various metrics, primarily job growth and economic activity, missed expectations.

Economic deceleration and market volatility was also evident internationally, most notably in China, which saw a stream of negative news culminating with the potential default and possible spillover effects of Evergrande, the world’s most indebted property developer.  Although the prospect of a major default was quickly dismissed, investor confidence within and beyond China was shaken sparking a broad-based sell off in equities.

A feature of the recovery has of course been one of potential asset ‘bubbles’ across a wide spectrum of markets, i.e., housing, natural gas, lumber, equities…  While partially an issue of demand out stripping supply due to supply chain issues and changes in consumption patterns it is also undoubtedly related to low interest rates and loose central bank monetary policy.  This has led investors to question the risk of a policy mistake by central banks and if monetary support through bond purchases should be pared down and what that process looks like?  To that end, in early October the Fed hinted that it may begin reducing the pace of its monthly bond purchases by the end of this year.

Global bond yields declined early in the quarter, as concerns relating to the Delta variant’s economic impact escalated.  However, in the final weeks of September as inflation was observed to be running above 5% and for potentially longer than anticipated, the Federal Reserve signaled to the market their desire to taper bond purchases by the end of this year.  Bonds reversed course to finish the quarter broadly unchanged, with the FTSE Canadian Overall Universe Bond Index ending the quarter off only -0.5%.

Like in the U.S., the Canadian yield curve flattened throughout the course of the summer, only to resteepen, with the FTSE Canadian Long Term Bond Index underperforming the FTSE Short Term Bond Index -1.7% and 0.1% respectively.

Credit markets in North America remained relatively benign, even after the Evergrande situation was made public, suggesting that markets are interpreting Evergrande and potential contagion as a localized issue.  Among corporate bonds, high yields made positive gains, while investment grade was unchanged.  Spreads on investment grade and high yield bonds continue to hover near their lowest levels in decades, suggesting investors’ have both a healthy demand for income and are not concerned about defaults.

Both the Bank of Canada (BOC) and U.S. Federal Reserve (Fed) have reiterated their commitment to hold policy as low as possible ‘as demand continues to recover’.  The Fed is widely expected to begin reducing its financial accommodation (read: bond purchases) by early 2022 or perhaps sooner, while the BOC took that step in the summer, reducing bond purchases from $3 billion to $2 billion.  This should be followed by rate hikes, however uncertainties like that of the trend of the pandemic or resilience of the supply chain remain.  A key to its decision-making framework will be the state of the labor market, which seems to be the more an immediate priority than the mandated target of 2% inflation, which continues to be elevated.

After hitting all-time highs in early September, mounting risks related to the Delta variant, concerns about economic growth and the timing of monetary policy tightening caused most major equity markets to experience volatility.  In the final weeks of September, the MSCI World index fell approximately 5%, to finish the quarter almost flat.

Following a similar pattern in the U.S. and Canada, the S&P 500 index pulled back a little over 5% from its highs, while the technology heavy NASDAQ fell -6.5% and the TSX -4%, finishing the quarter 0.2%, -0.4% and -0.5%, respectively.  With concerns relating to certain sectors exhibiting historically high valuations, moderation at the quarter end could in fact be interpreted as a healthy sign.

On a sector basis, performance was mixed for the S&P 500, an uncommon feature in prior quarters, as all sectors have posted positive returns on both a year-to-date and last-twelve-month basis.  U.S. financials, by way of the banks, led the way, as the prospect of higher rates translates into potentially higher revenues.  Healthcare also did well, as vaccine mandates and booster shots received approvals.

Laggards included the industrial and material sectors, which both finished the quarter negative. Uncertainty surrounding the economic recovery as well as the lack of passage of the infrastructure bill weighted on industrials, while the economic slowdown in China and cash strapped governments and/or populist movements in various prominent mining jurisdiction announced a possible move to reassess tax and royalty arrangements pushed the material sector lower.

In Canada, sector performance was also mixed.  Materials was also one of the largest detractors. Consumer staples led the index, as investors appreciated the grocers’ opportunity to push price increases through to consumers.  Industrials did well after Canadian National Railway’s shares popped when it failed to gain U.S. regulatory approval for Kansas City Southern; a deal many investors thought the railroad was going to overpay for.  Another major detractor was consumer discretionary, which was largely due to the Magna the car parts maker, that got taken down on fears that the semiconductor shortage would reduce demand for its products.

Emerging markets performed notably worse in the quarter, with the MSCI EM index finishing down -7.5%.  Poor performance could largely be attributed to the index’s heavy weighting of Chinese companies.  MSCI China finished off -18.5% on the quarter, as investors’ confidence was shaken by a slowdown in economic growth, further exacerbated by the Evergrande debt debacle and the overly intrusive government regulations recently introduced.

The final few weeks of September should serve as a valuable reminder that markets will face numerous macroeconomic unknowns that will require perseverance.  While volatility is unnerving, it’s important to remain focused on the fundamentals, which remain decidedly positive.

The recovery in earnings and economic activity, although lacking in certain sectors like that of the hospitality and travel, continue to be positive and from an index perspective have already exceeded pre-pandemic levels.  Corporate and consumer balance sheets are robust, while both business activity as and consumer sentiment, although off their highs, are also in positive territory.

Inflation remains a concern, which when further combined with continued labor and supply chain disruptions due restrictions related to the pandemic, may impact corporate margins and profitability by way of increased cost pressures.  This coming earnings season is arguably one of the most important in some time and management has been proactive in guiding the market’s expectations.

To manage these risk factors, our asset allocations in the portfolios continue to favor holding equities relative to cash and bonds.  In response to moderating economic growth and historically high valuations, our managers rotated exposure to higher quality bonds and stocks.  This will not only help mitigate excessive volatility but provides an optimal position to capitalize on market dislocations and attractive investment opportunities. 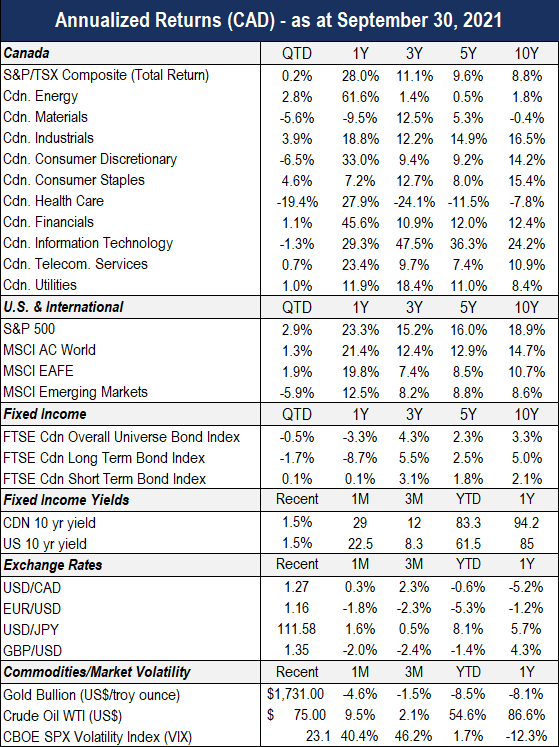