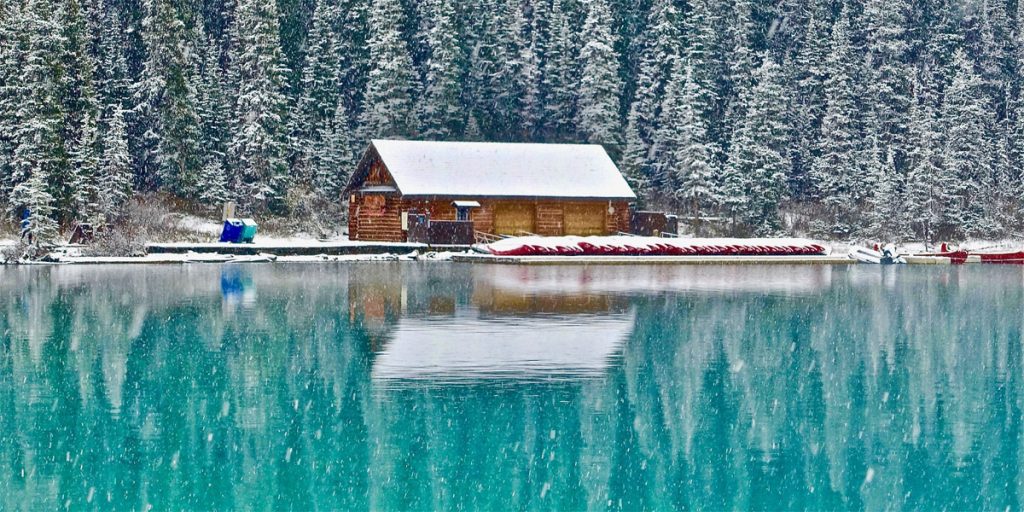 The dawn of a new decade was off to a volatile start in financial markets, with no shortage of media headlines played loudly to command investor attention. There is no denying that both 2020 and the 2020s will prove to be unique periods. So much has evolved from a financial market, economic, political, and social standpoint. Globalization and free trade are being replaced with multi-lateral agreements and managed trade. Technology is disrupting old means of doing almost everything, creating opportunities (and, in certain cases, vulnerabilities) in most facets of our lives. The world marches on, and as investors we march with it.

In economic news, the Phase One trade agreement signed between the U.S. and China last month eliminated the downside risk of a never-ending escalation of imposed tariffs. However, the minor rollback of existing tariff levels implies that the deal will offer little support to U.S. GDP in 2020. Looking back, the damage from Sino-U.S. trade tensions over the past few years has in fact been rather modest. There are two reasons for this. Firstly, many imports were substituted and/or rerouted via third-party countries. Secondly, the uncertainty and negative sentiment created by the trade war prompted a much faster response from the U.S. Federal Reserve to loosen policy. Furthermore, there was mounting evidence throughout the month of January to suggest that global economic indicators have stabilized and are set to rebound. Yet unlike the synchronized upturn in 2017, growth in 2020 will likely be muted and/or uneven in the developed world, and could potentially be disrupted by coronavirus concerns in emerging markets.

In bond markets, global health fears dominated investor focus. The coronavirus outbreak triggered a considerable fall in treasury yields at the end of the month, with longer maturities leading the way and the yield curve consequently flattening. A flight to quality ensued. Coronavirus concerns have caused expectations of a Fed interest rate cut in 2020 to increase. Nevertheless, the unchanged statement issued at January’s Fed meeting implies that the central bank does not believe the virus justifies an economic reassessment that would persuade them to recommence rate cuts. We continue to see little chance of the Fed cutting rates this year. Similarly, after leaving rates unchanged at 1.75% last month, we believe the Bank of Canada will continue holding policy for the foreseeable future. Last month saw the Canadian bond market advance 2.9%. Long-term bonds continued to outperform their short-term counterparts, with each market gaining 5.3% and 1.0%, respectively.

Stock markets began the month in a risk-on mood, with investors reacting positively to the Phase One Sino-U.S. trade deal signing, ratification of the USMCA trade agreement, and a decent start to corporate earnings season. Nevertheless, the reasonably hopeful investment backdrop was dampened by the coronavirus outbreak in the second half of January, and equity market investors began taking profits. It is too soon to tell how serious the virus will be from a financial standpoint. The best we can infer from past epidemics is that we should expect a disruption to economic and stock market activity in the short-term, followed by a rebound in output and the markets once the virus is under control. For the month of January, Canadian and U.S. stock markets advanced 1.7% and 2.0%, respectively. International and emerging markets returned -0.1% and -2.8% last month, as they were weighed down more heavily by growth concerns stemming from the virus.

As the longest-running bull market in history approaches the 11-year mark, we continue to favour a diversified yet selective set of fundamentally higher-quality investments. We believe this defensive stance will serve us well in 2020, and we remain vigilant of the downside risks in the market. While we are hopeful that the coronavirus will soon be contained, we believe markets were due for a reality check, and would not be surprised if investor sentiment remained jittery in the near-term. Despite the recent volatility, we continue to believe that modestly positive returns in risk assets are not over for the cycle, despite being in its latter stages. 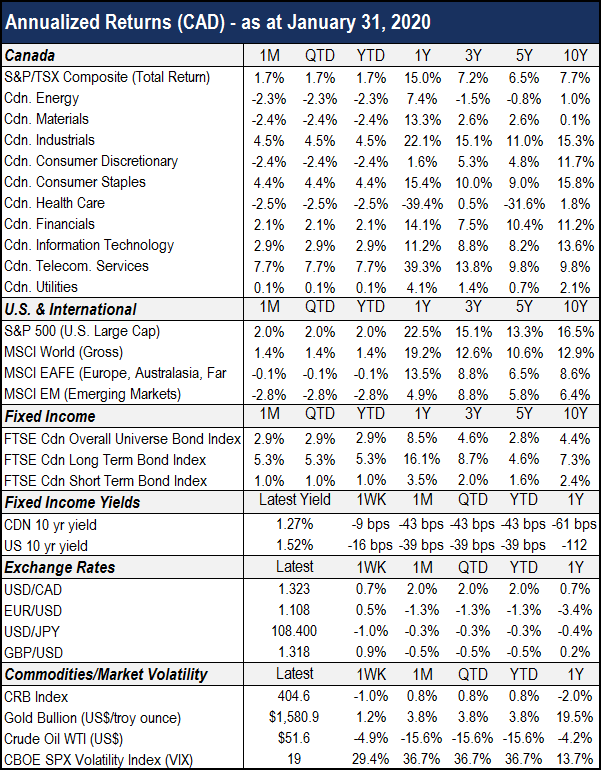